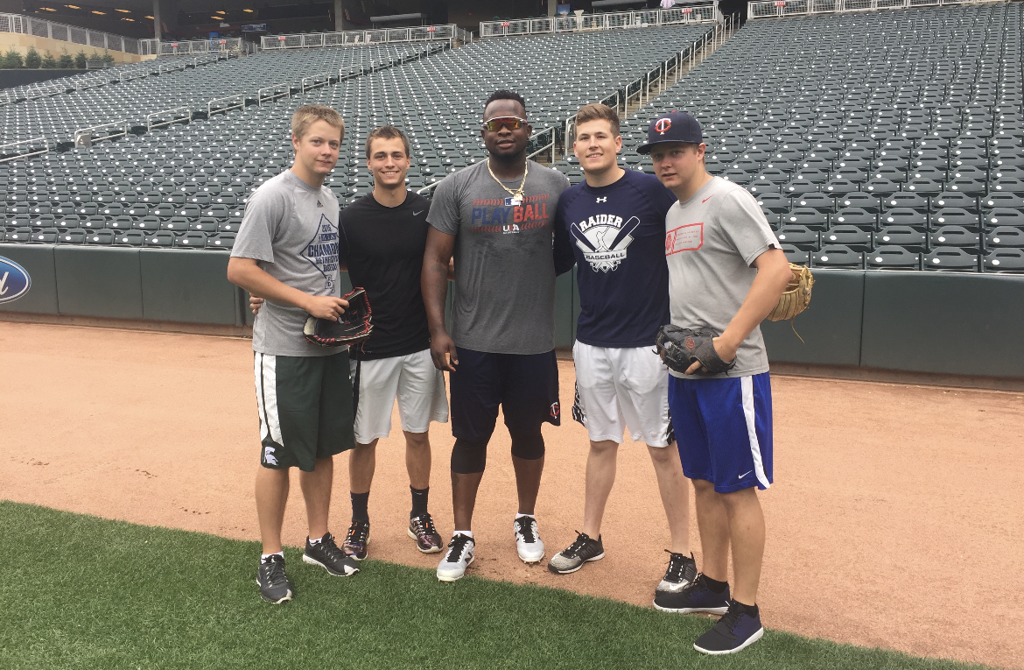 Erik has built Partner programs with Twin City Orthopedics and Acceleration Minnesota and various other associations. He has 30 years of experience working with ballplayers of all ages and is committed to developing young athletes on and off the field. 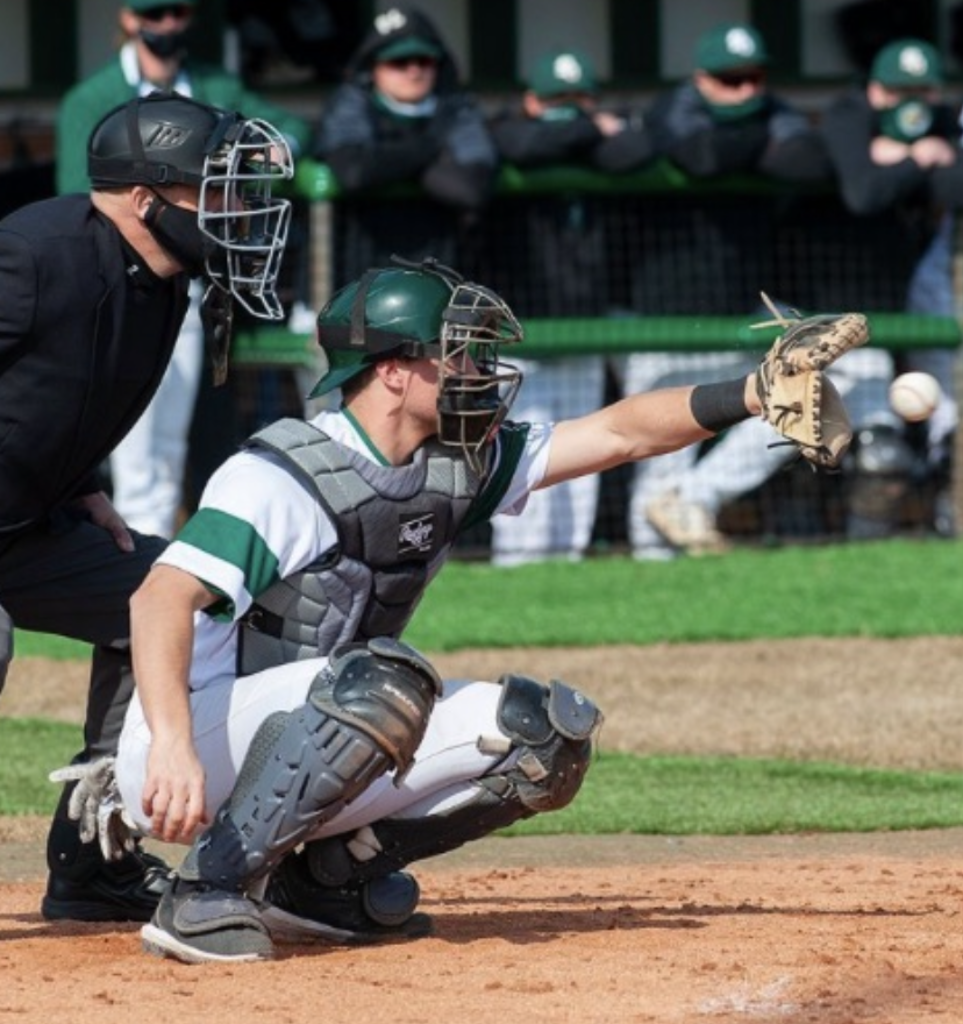 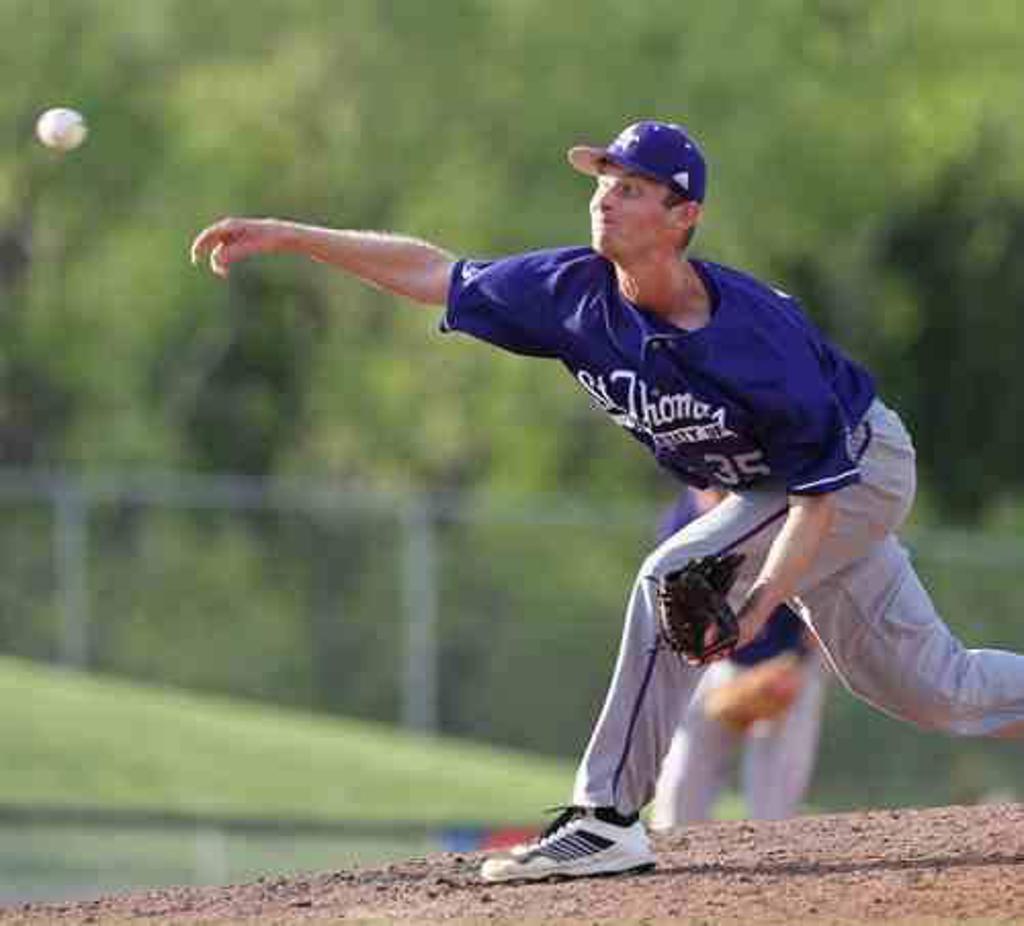 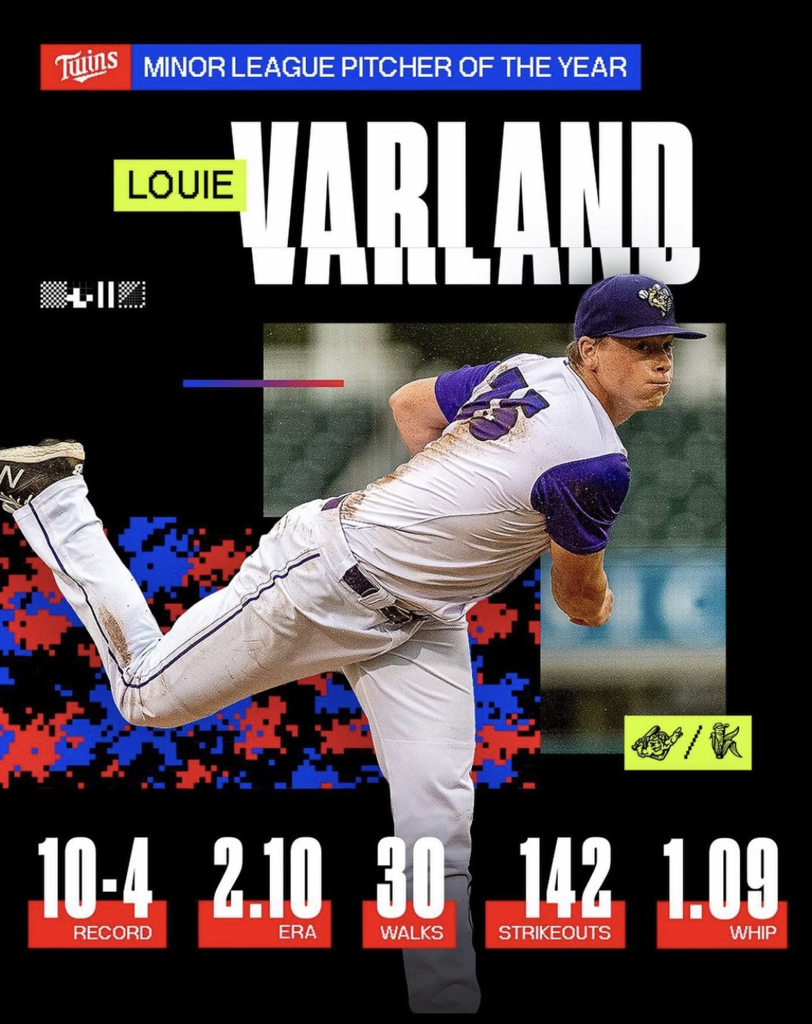 LOUIE VARLAND
Louie, a MN Twins Minor League Pitcher, graduated from North St. Paul high school and Concordia University, St. Paul where he played three seasons with the Golden Bears before being drafted by the Minnesota Twins in the 15th round in 2019. Louie believes the greatest attribute of a pitcher is his ability to throw strikes through sound/repeatable mechanics. Louie currently plays for the Minnesota Twins as he just finished a minor league season at the High A level in Cedar Rapids, Iowa.

ISAIAH GRACORVITZ
Isaiah grew up in Hudson, WI and was a 2-sport athlete coming out of high school. He played Varsity baseball for three seasons at Hudson, as the starting catcher. After high school, he went on to play 5 years of college baseball for Bemidji State University as the starting catcher. In the Fall of 2020, Isaiah graduated with a degree in Criminal Justice. In addition to working with LPA, Grancorvitz continues catching for the Hudson River Rats town ball team and coaches a local club baseball team.

RYAN NICKEL
Ryan is a 2017 graduate of Mounds View where he was a football and baseball captain.  In Baseball, Ryan was selected All-State, All-State Academic, Senior All-Star Series, All-Section, and 2X All-Conference.  He played college baseball at Augustana University where he was a NCAA National Champion.  Ryan earned Second Team All-Conference, All-Conference Defensive Team and was honored with an NCAA Rawlings Gold Glove Award following the 2019 season.  He recently graduated from Augustana.

BO LOVDAHL
Bo, a former All-State player at Mounds View High School, now coaches in that program as well as for the Minnesota Blizzard. He was also part of the 2018 MIAC Championship Bethel Royals. Bo has been an instructor for Twins Youth Training Camps, Shoreview Area Youth Baseball, MYSA Rising Stars Baseball and has coached with Lovdahl Pitching Academy for 3+ years.

BEN DELAFOREST
Ben currently pitches for Benedictine College and will graduate in 2024. He is a 2019 graduate of Totino-Grace HS where he posted an ERA of 1.21 as a senior. Ben trained with Erik Lovdahl from 2009 – 2014. Ben has assisted and run baseball clinics for more than 7 years.

JOSIAH HAYDEN
Josiah grew up in Shoreview and trained with Erik from 2004-2008. He played baseball for Centennial High School where he posted a school-tying record for stolen bases his sophomore year. He went on to pitch and play outfield for 2 seasons of Minnesota town ball. Josiah currently is a 3-time state champion outfielder in slow-pitch softball and has had the opportunity to play softball at the pro-level. He enjoys working with kids as a personal trainer and has coached or assisted with LPA baseball/Twins youth camps and clinics since 2015.

MICHAEL WESNER
Michael grew up in River Falls, Wisconsin and graduated high school in 2014, playing baseball throughout his high school years. He went on to play collegiate baseball for the Luther College Norse from 2015-2016, and then transferred to play baseball at Bethel University for the Royals from 2017-2018. Michael batted .323 both years at Bethel, he was selected for the 2018 MIAC All-Sportsmanship Team, and was a part of the historic 2017 & 2018 MIAC Championship Bethel Royals teams. Michael now works providing coaching and personal training to athletes and has great joy walking alongside players new and seasoned, to help them be the best they can be on and off the baseball field.

JACOB NELSON
Jacob, a graduate of Anoka High School in 2010, went on to pitch for the University of Saint Thomas, MN D3 Tommies from 2010-2014. The Tommies were undefeated at their home field 54-0, 3x MIAC Champions, 2x Regional Champions, 2x World Series Participants (3rd Nationally 2012 & 2014 - Game 3 MVP).  Since graduating with a degree in Accounting, Jacob attended Keller Graduate School of Management to assist with pursuing his CPA. He has continued to play amateur baseball in all three classes, participating in 6 state tournaments, and selected to the 2018 Class A All-Star Game with a .012 era in 57 innings.  At the age of 24, he became a self-taught ambidextrous pitcher for fun. Over the past ten years, he has worked as a Twins Youth Development instructor emphasizing pitching management and injury prevention, a Twins inner city clinician, as well as helping coach for Great Lakes Baseball Academy and Living the Dream Sports.  He currently plays for the Delano Athletics and lives in Montrose with his wife Emily, his daughter Ella, and their dog Asher.

JOE "SHALLY" SHALLENBERGER
With over 34 years of baseball experience. Joe (Shally) Shallenberger’s career began with Little League, and expanded to coaching Class A Amateur baseball. He also coached a  Legion team to State and the Twins RBI team to World Series. Joe has served as Assistant Coach to Minnetonka Millers Class A, and Head Coach for the Rochester Ridgemen (Pro Development Team) of the NYCBL. Joe was Field Director for the Minnesota Twins Summer Camps for 3 years. He is currently a Twins Player Development Coach for their clinics, Head Coach at Minneapolis Patrick Henry, and Volunteer Assistant Coach for University of Northwestern St. Paul.  He loves teaching the game to the next generation.

KOBI ALLEN
Kobi Allen is from San Francisco California. He is currently a Community Relations Intern for the Minnesota Twins. Allen played both Division I and Division II college baseball. Two years of play at University of the Pacific and two years at California State Monterey Bay.  He is left-handed and played CF. After graduating college Allen coached and was director of baseball operations for a nonprofit baseball organization called the First Base Foundation. Allen loves coaching hitting and inspiring a love for being in the outfield. He brings great energy and is very calm and understanding while coaching youth sports. He believes in hard work, effort, and preparation being the key to being a good baseball player.

SCOTT MORRIS
Scott has a passion for working with young players who are interested in developing all aspects of their baseball skills with a focus on the fundamentals. He relishes helping these young players to become better baseball players, better teammates, and great kids both on and off the field. Scott was a 3-sport high school athlete lettering in football, hockey and baseball.  He served as Team Captain and received All-Conference and All-District Honors in Baseball as well as All-Conference Honorable Mention in football.  Scott played 4 years of baseball as a middle infielder for Bemidji State University, has coached youth baseball for almost 25 and represented St. Michael Albertville Youth Baseball Association as President for 7 years and Treasurer for 2 years.  He is a continuing member of the MYAS Gopher State Baseball Board of Advisors and proud recipient of the Minnesota Twins Playball Minnesota Coaches Award. Scott currently works as a Minnesota Twins youth clinician for PlayBall Minnesota camps and clinics, Minnesota Twins summer camps, and Minnesota Twins RBI baseball in the fall.

Interested in becoming a sponsor of Lovdahl Pitching Academy?